The International Society for Professional Innovation Management has just 11 weeks to switch its conference in Berlin onto an online platform, something it has never done before 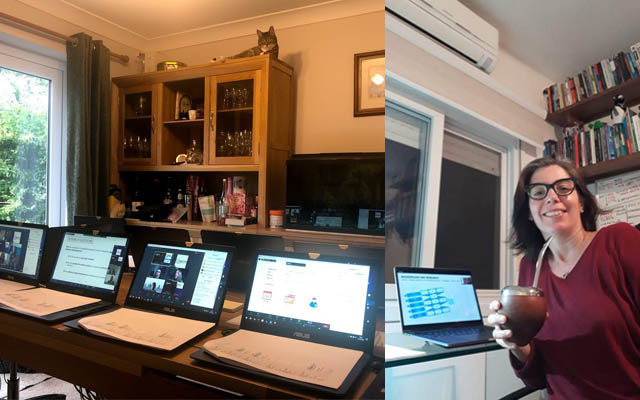 Event brief
The annual ISPIM Innovation Conference, scheduled for Berlin from June 7 to 20 this year, was rudely disrupted by the Covid-19 pandemic that put a freeze on global travel and led governments to ban gatherings and events.

While the organiser, International Society for Professional Innovation Management (ISPIM), was confident in late-February of proceeding with plans to host its “largest ever conference” in Berlin, it soon became clear that a physical gathering would be challenging when people were being confined to their homes. A badly impacted conference in Bangkok from March 1-4, where only half of registered delegates turned up, brought home the decision to convert ISPIM Innovation Conference into a virtual event.

Challenges
ISPIM executive director, Iain Bitran, recalled that there were only 11 weeks to plan and deliver the association’s first virtual conference.

“It is worth remembering that a conference is usually a couple of years in the planning, and this time our community chose to come together in an entirely new way in under three months,” remarked Bitran.

And with the virtual format being new to everyone – with Bitran admitting that “we had no idea really how we were going to do this” – the entire process was a challenge.

Solutions
“We learnt in Bangkok that pre-recorded presentations did not go down too well so we took the decision to do the conference live, if possible,” said Bitran.

The team researched several web content platforms, and eventually chose Zoom for its functions and cost.

It also chose to utilise the desktop version of its existing conference app, Eventsential, provided by RD Mobile. While this required participants to register for the app separately in order to access the links to the 203 separate Zoom sessions on the virtual conference, Bitran said they “managed this very well”.

To run the event, the team relied on their personal laptops and established a ‘production room’ on Bitran’s dining table at home.

“Each laptop was assigned a Zoom account which was, in turn, assigned to a series of ‘meeting rooms’. We controlled all sessions from one physical location and relied on a facilitator and technical support person to run the sessions virtually,” shared Bitran.

A dry run was conducted a week to the actual event, abiding by actual time slots.

“Had we not done this, the conference would have been a disaster as we learnt so much about how to run the conference (as well as) the difference between a Zoom Meeting and Zoom Webinar,” he said.

The dry run also allowed presenters to meet each other ahead of time, leading to “cohesive and engaging sessions during the actual conference”.

For an impactful opening and closing, especially in the absence of real human presence, the ISPIM team called on 72 members from 20 countries to produce a moving musical montage. Each member was assigned to belt out a line from the lyrics of Queen’s We Are the Champions and have that moment captured on video.

The submissions were compiled over four weeks. Bitran then sewed them up into a complete song, led in by a Star Wars-inspired introduction.

“I wanted something upbeat and positive, and felt that by achieving all this (the move to virtual format), we were all champions,” he told TTGassociations.

The virtual conference was a success, noted Bitran, who pointed to a collection of presentations and contributions from 400 people over the four days, and, at times, up to 17 parallel sessions involving 630 people from 53 countries.

“Everything was delivered live without a safety net, with little past experience and under the constraints of confinement and significant stress for many,” he concluded.

Key takeaways
“The ISPIM team is proud of our community coming together in this time of crisis. Proud that we all chose to accept the challenges, take risks and step forward. Standing by with the message of ‘sorry, see you next year’ was not an option,” stated Bitran.

In pivoting to a virtual format, Bitran discovered to his delight that it was easier to commit high-level speakers “who were willing to give up 30 minutes of their time to present virtually”, as they did not need to fly and be in a destination for days.

Event The XXXI ISPIM Innovation Conference
Organiser The International Society for Professional Innovation Management
Date June 7 to 10, 2020
Number of participants  630 from 53 countries
Challenges The ISPIM team has never done a virtual conference, and they had less than three months to pull it off