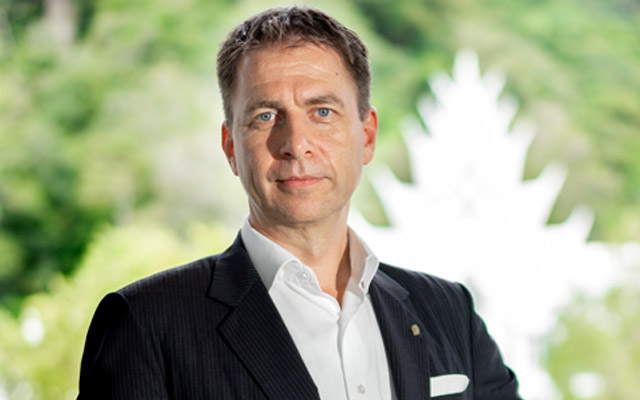 Bjorn Courage has been named president of The Phuket Hotels Association, taking over from founding president Anthony Lark, who will continue to serve as a senior advisor.

Courage is the general manager of the InterContinental Phuket Resort, and has more than 25 years of experience in the hospitality industry. During the course his career, Courage has worked with many of the industry’s most iconic brands, including IHG, Hilton, Waldorf Astoria, Six Senses, and Mandarin Oriental. He also successfully completed Cornell University’s Executive Leadership programme. Courage moves into the role of president at a time of optimism for Phuket’s tourism and hospitality industry. The island was one of the first South-east Asian destinations to safely reopen to international visitors when it launched the “Phuket Sandbox” programme in July 2021.

Since it was founded in January 2016, the Phuket Hotels Association has grown to represent 72 of the island’s top internationally-branded and independent luxury and midscale hotels and resorts, comprising just over 12,000 rooms. Each of these members has made a commitment to the destination and, through the Phuket Hotels Association, are actively investing in a sustainable future through long-term environmental and educational initiatives.