Australia’s strategy to keep the marketing lights on, even as the industry experienced its darkest times at home in prolonged restricted conditions,  seems to be paying off. 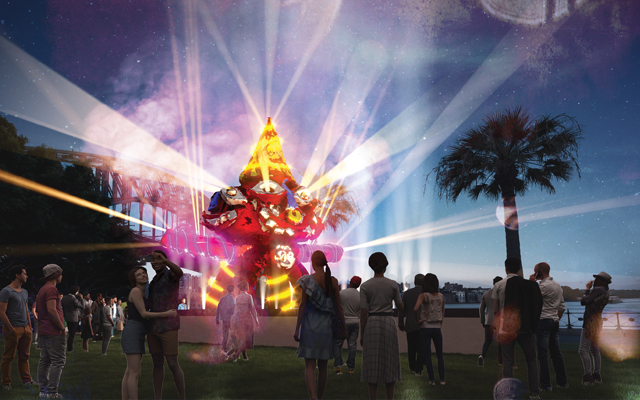 For the past two pandemic years, Australia has continued to keep the dream of travel alive through remote campaigns. These included Tourism Australia’s Australia in 8D, using innovative audio technology to create a 360-degree dreamlike soundscape of the country, and distributing the incentive publication, Australia Next.

More recently, a double campaign launched in March during AIME showed that Australia was intent on playing the offensive to win the business recovery game worth A$36 billion (US$25.5 billion) to the country.

A re-visioned Event Here This Year encouraged domestic market decision-makers to go local and in-person, while an international campaign targeting business events trade media in many regions including South-east Asia, South Asia and China promoted Australia as a friendly destination with fresh perspectives.

Evidence of the strategy working is beginning to show, with a high number of international event planners indicating they were keen to return to Australia, especially for incentive events.

Melbourne was quick to announce at the end of April its victory – the city secured six international incentive groups from Malaysia, Singapore, Indonesia and New Zealand. Melbourne Convention Bureau said the win would bring a “busy season” in May when the first group of 162 South-east Asian and New Zealand delegates arrives, filling close to 1,661 room nights and injecting more than A$898,000 in economic contribution to the state’s economy.

Sydney has similarly seen an immediate shift in business with borders reopening to visitors.

“Internationally, there was a clear change in sentiment as soon as the announcement was issued…with an influx of enquiries for international business in late 2022 and 2023” said Sinead Yeo, director, global corporate and incentives with Business Events Sydney.

“Some clients are cautious and testing with smaller groups, while others are keen to revert back to large-scale travel as soon as possible to celebrate with their teams or communities. Many are preferring to travel to closer regions, with Australia as the nearest western destination to Asia,” Yeo added.

Melbourne Convention Bureau (MCB) also noted that team bonding is emerging as a strong theme for incentive groups this year.

“After two years of hibernation, what I’m seeing with incentives is that comradeship has become even more important,” said Kelvin Yin, MCB’s regional director, South-east Asia and India.

“I have a group of 35 people from Malaysia, from top bosses to middle management, travelling together and taking turns to do a self-drive through Tasmania and regional Melbourne. Pure teambuilding has taken priority,” he observed.

According to indicators from the Business Events Australia Asia (hybrid) showcase in March, attended by 110 decision-makers and corporate planners, more movements are in the pipeline.

“Ninety-eight per cent of those from South Asia and South-east Asia said they were considering Australia for an incentive in the next 12 months,” said Robin Mack, Tourism Australia’s executive general manager of commercial & Business Events Australia.

“Even for China, with the travel friction that’s in place, the number was 69 per cent. So, I think they’re really good indicators for how we’re shaping up for that rebound and it’s certainly positive,” he added.

Many event planners have been pleasantly surprised by the number of new products and experiences on offer as Australia reopened her borders.

“The infrastructure development has been unprecedented in the last few years and there’s a lot to show as people are returning. We’ve had almost 100 new or refurbished hotels representing an extra 12,000 rooms,” said Mack.

These include the luxury eco Silky Oaks Lodge with 40 suites located in the World Heritage Listed Daintree Rainforest on the banks of the Mossman River, and the Dorsett Gold Coast sitting adjacent to the Gold Coast Convention and Exhibition Centre with direct access to The Star Gold Coast.

There is also the much anticipated Crown Towers Sydney which highlights 20 spacious villas with outdoor terraces, opulent finishes, and 24-hour butler service. The hotel includes a ballroom and boasts some of Sydney’s best dining, such as Nobu among its eight restaurants, all of which can be booked for exclusive use.

New experiences are also on offer like the Reef Magic Pontoon, a double-decker floating platform in the Great Barrier Reef with an onboard bar and dining area that can be exclusively booked for up to 350 passengers with VIP helicopter transfers.

Even more is on the way, promised Mack.

“The industry’s shift towards prioritising more sustainable business events products has also not gone unnoticed. Among several initiatives, an urban skyfarm with conference facilities in Melbourne is weeks away from completion at the time of writing. It will offer guests the ability to enjoy a post-meeting tour of the working farm and sample from the rooftop orchard and herb gardens.