The Japanese capital makes a natural choice for international association events for many reasons, including quality infrastructure, vibrant business sectors and a government eager to win over business event planners

It should come with little surprise that Tokyo, being the capital city of Japan and a hive of commercial activities, is ranked by the International Congress and Convention Association (ICCA) as the top Japanese destination for international association meetings.

According to ICCA’s recent ranking of top cities worldwide for association meetings, published mid-2014, Tokyo takes 26th spot for having hosted 79 events in 2013. The next Japanese city on the global chart is Kyoto, coming in at a far 55th position.

In terms of ranking by country, Japan takes seventh spot for having hosted 342 meetings in 2013, surpassed only by western peers – the US, Germany, Spain, France, the UK and Italy.

“Aside from the fact that Tokyo is the capital of Japan and the city is served by two international airports that provide great access to international guests, it has strength in both industrial and academic aspects,” said Toda, adding that up to 45 Fortune Global 500 companies have their headquarters in Tokyo.

She said: “Japan is well recognised for its industrial strength and innovation, in particular robotics, infrastructure, energy and environment which are sectors Tokyo is strong in. Because of this strength, Tokyo offers opportunities to attract more exhibitors and delegates to meetings hosted in the city.

“Also, Tokyo is home to over 130 universities and countless R&B centres. This gives associations a wide choice of speakers and panelists for building attractive meeting programmes.”

Another selling point Tokyo offers, according to Toda, is the large membership of Japanese associations, which helps to feed strong local attendance at global meetings held in the city.

Infrastructure-wise, Tokyo offers plenty of venues to support business events as well as hotel accommodation – 96,000 guestrooms in central Tokyo alone – that can meet the needs of travellers with different budgets.

According to TCVB, the most popular venue for association gatherings is the Tokyo International Forum, the largest conference centre in central Tokyo. Conveniently located between the Marunouchi business district and the popular Ginza shopping/dining area, and a five-minute walk from Tokyo Station, Tokyo International Forum offers eight venues, ranging from multi-level theatres to flat, open event spaces. The largest theatre can seat 5,012 delegates.

Etsuko Sato, spokesperson of Tokyo International Forum, said the venue gets more national association meetings than international ones, and efforts are being made to grow the latter segment.

“Association events are very important to us and our sales department reaches out to key decision-makers in domestic chapters and head offices of global associations, hosts site inspections for planners, and participates in city promotion activities led by TCVB,” Sato explained.

Prominent association events held at the Tokyo International Forum last year included the World Ophthalmology Congress in April, the Annual Conference of the International Bar Association in October and the 78th IEC General Meeting in November. This year, it will welcome the UIC 9th World Congress on High Speed Rail in July.

A wide selection of unique venues is available in the capital too. The 55,000-pax Tokyo Dome stadium, for example, makes a memorable venue for large-scale opening receptions. Association meeting planners can also deliver a tasteful networking function at the Meguro Gajoen, once a bathhouse in the Edo period. This venue comprises 25 meeting rooms, each with a unique decor and character, and a picturesque Japanese garden.

Happo-en, a picturesque venue of traditionally styled buildings set in a Japanese garden dating back nearly 400 years, is popular for corporate events, noted Toda. It offers 14 banquet halls with flexible room layouts, and the Hakuho-kan annex which houses a 240m2 banquet hall with tatami flooring. Its outdoor spaces are good for cocktail receptions.

For now, Happo-en is still rarely used for association gatherings. Its event and convention director, Toshiro Ishiyama, said the venue gets only two to three enquiries from associations each year.

Last year, Happo-en hosted the closing party of the Annual Conference of the International Bar Association.

Located in a special zone earmarked by the Tokyo government, the 52-storey Toranomon Hills is a new mixed-use building that comprises offices, retail outlets and residences. The Toranomon Hills Forum conference venue opened in July, while the 164-room Andaz Tokyo hotel welcomed its first guests in June and offers flexible event and meeting space.

By 2018, Toranomon Hills will offer even more hotels such as AMAN Tokyo, Hoshinoya Tokyo, The Grand Prince Hotel Akasaka and Daiwa Royal Hotel.

In 2014, TCVB’s chairman Kiyofumi Kamijo, announced the bureau’s new brand, Business Events Tokyo, and shared that the metropolitan government has made a commitment to attract more business events over the next five years.

These developments join the bureau’s entry into the BestCities Global Alliance in April 2014. The alliance is made up of convention bureaus of premier meeting destinations, such as Berlin, Copenhagen and Melbourne, and seeks to deliver the world’s best service experience for international meeting planners.

Toda said: “Joining the alliance is the biggest step we took to strengthen our position in the association meetings market. We hope to leverage the BestCities branding and promotion/marketing opportunities in the years to come. Also, since we are able to acquire more business information and knowledge through the Partner Cities programme, we hope to get (in depth) contact with meeting planners around the world.”

The bureau has also created a new tagline, Tokyo where success is measured by quality, to reinforce the message that Tokyo offers a high level of service and hospitality despite its reputation for being a pricey destination when compared to its Asian neighbours.
“Tokyo is seen as pricey,” Toda admitted. “However, the weakening yen is making it more affordable to many meeting planners.”

She added that associations that had hosted meetings in Tokyo had only good things to say. “We received positive feedback from the secretary general of the International Ornithological Union who said everything was well organised and professional in Tokyo. Also, in a delegate survey we did during the World Ophthalmology Congress, 89 per cent of overseas attendees said they would visit Tokyo again,” she said.

Shinichi Koshikawa, director of business development with The Westin Tokyo, too, sees Tokyo as a value-for-money meetings destination.

“Tokyo is perceived as an expensive destination but in actual fact, it offers value for money. Clients who have held their events here appreciate the well-organised infrastructure, efficient transportation system, as well as the cleanliness and safety of the town,” he said.

The Westin Tokyo, which hosted 22 association meetings and banquets in 2013, 13 of which were national gatherings, has seen rising interest from overseas clients as a result of the depreciating yen, increased international flight connections at Haneda Airport and relaxed visa restrictions on Asian travellers.

“We expect to have more international (events) leading up to the Olympic Games in 2020,” said Koshikawa.

To make Tokyo even more financially viable for budget-conscious association meeting planners, the Tokyo Metropolitan Government offers monetary support to international meetings. The extent of support is based on the number of visitor nights and can cover half of the venue rental fee and/or travel costs of overseas delegates. Tokyo also provides non-financial assistance such as half-day city tours, Japanese cultural performances, information desks, and welcome banners and flags.

Going forward into 2015, TCVB intends to continue its destination promotion efforts at tradeshows and through online channels targeting overseas planners, and aims to improve its rankings on the highly regarded global charts of ICCA and the Union of International Associations. 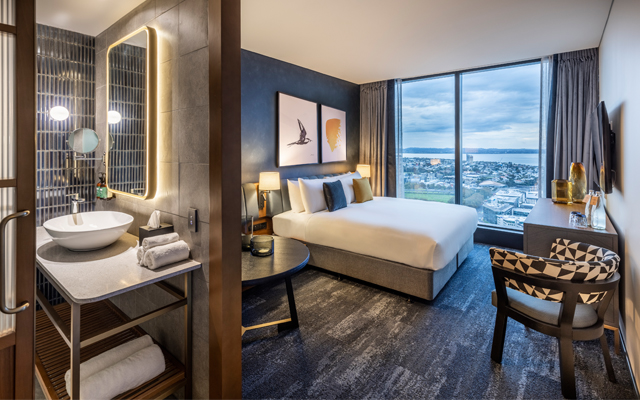