Dubai shows how its persistence to win eventually paid off, and how it upped the ante by making the congress an even more meaningful one 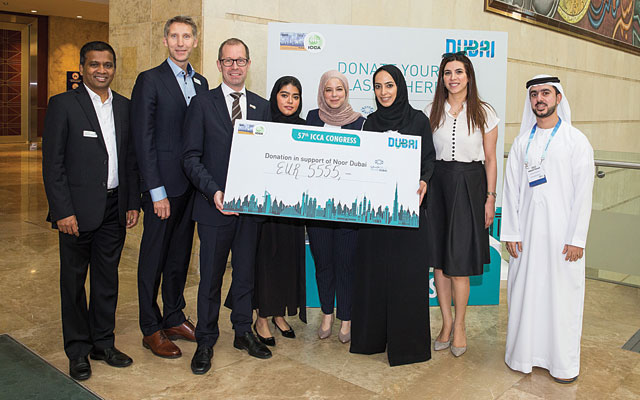 The city made the cut this time by presenting its formula which focused on how ICCA and associations could benefit from holding the congress in Dubai; an effective CSR component; and involving other neighbouring states in the United Arab Emirates too.

Challenges
As this was the first ICCA Congress to be held in the Middle East, Dubai set up ambitious and high targets with the aim to create the best congress ever, revealed Steen Jakobsen, assistant vice president, Dubai Business Events & City Operations, under Dubai Tourism.

These ambitious targets were then met with resources that the city already possessed, such as exciting tourist attractions and ultra-luxe hotels.

Solution
Adding value to the congress is the Dubai Association Centre (DAC), the global hub for international association meetings formed five years ago.

With DAC’s formation, international associations are now able to open regional representative offices and regional chapters in Dubai – especially in the field of trade – thanks to perks like assistance in obtaining trade licenses, centralised office facilities, and networking with local counterparts.

Jakobsen further shared that DAC is a positive move, as it gives ICCA members the opportunity to form stronger and closer relationship with global associations.

And in keeping with ICCA’s goal to incorporate a strong, meaningful CSR element, Dubai picked the donation of eyeglasses and funds to the Noor Dubai Foundation.

Noor Dubai Foundation is a non-governmental, non-profit organisation, that aims to eliminate all types of avoidable blindness and visual impairment worldwide. The foundation’s international outreach includes mobile eye camps across low-income countries in Africa and Asia.

“We wanted to conduct the CSR initiative in a way that is very simple for people to take part and which could benefit the wider communities.

“Many people wear eyeglasses and know others who wear glasses. It’s so simple to take out their glasses and bring them to the congress. It’s very straightforward and easy but still has a huge impact,” Jakobsen explained.

The congress not only involved stakeholders, but countries in the UAE such as Abu Dhabi, as well Bahrain and Oman in the wider Gulf region.

Key takeaways
Determination pays off. Undeterred by losing the bid twice, Dubai’s third try was a success. What’s more, the 2018 Congress collected a couple of firsts in ICCA’s history: It was the first held in the Middle East, and achieved record attendance for a ICCA Congress held outside Europe.

The chosen CSR was simple but effective. Noor Dubai Foundation received 5,555 euros (US$6,139) raised from close to 200 delegates who joined the Charity Run ’N’ Walk. The Gift of Love project that encouraged delegates to donate old glasses collected 591 pairs of prescription glasses and sunglasses which were relensed with Al Jaber Optical before they were distributed to those in need.

The cooperation between stakeholders. “It is important for us that this congress will not only be for Dubai, but also open up this opportunity to other parts outside Dubai,” emphasised Jakobsen. Part of Dubai’s involvement included generous sponsorship and delegates including top officials of governments and corporations.

“We have a huge number of attendees from the Middle East and that is very important for us,” he said, without disclosing the numbers.