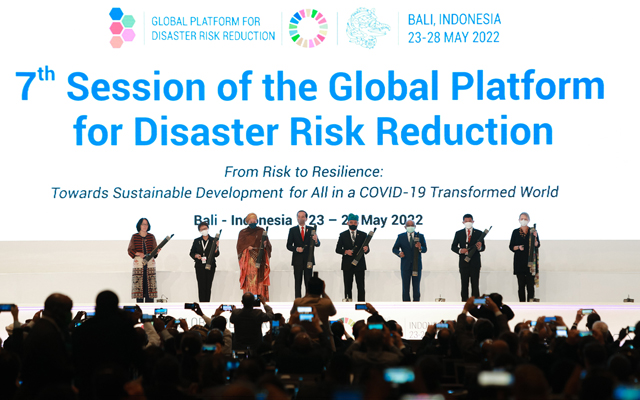 Business events stakeholders in Bali are reporting that the number of corporate events returning to the destination has exceeded initial projections, following the easing of Indonesia’s Covid-19 rules and border restrictions.

Speaking at the media briefing of the recent Bali and Beyond Travel Fair, Oriol Montal, multi property vice president, Marriott International and general manager of The Westin Resort Nusa Dua, Bali, said that initial projections of a long recovery were wrong.

“A few months ago, when we started to see the opening of various markets around the world, we started projecting what we thought the future would be. We projected that MICE would take much longer to recover, and thought that we would not see events of 300 to 1,000 people arriving in Bali until 2023.

“We were totally wrong,” he declared, adding that the company’s Bali properties are seeing “a large number of event bookings” both from the Indonesian government, as well as from countries like the US and Singapore.

The fact that Bali will be hosting the G20 summit and a series of related events will help Bali recover even faster, Montal pointed out.

Similarly, Conrad Bali has also seen an influx of groups of around 10 to 150 people mainly from small- and medium-sized companies.

Kevin Girard, general manager of Conrad Bali, told TTGmice: “These are primarily domestic groups, but there are some from Singapore, as border restrictions on both sides have eased and travel is easier.“

He added that his initial projections were also wrong, so he has “refrained from making any more.”

“The good news is that we are seeing great booking levels. for the next two to three months, which is encouraging after such a tough period,” Girard added.

Lead times for these corporate events are much shorter now, Girard shared, and most of them are now held outdoors, adding that the “ocean, greenery and beautiful flowers that in Bali are a real draw”, and will be a “refreshing and renewing” experience for most travellers.

“We have served a number of international events hosted by the Indonesian government here at BNDCC, and these have boosted business to our (venues) and Bali’s recovery greatly.”

Recently, Panorama Group brought a 1,050-pax incentive group from an insurance company to Bali, where the group stayed for two nights and held an awards night at BNDCC.

Looking at current performance and forward bookings, Riyanthi remains confident that the situation will improve.

Montal too, is positive about Bali’s future as a business events destination, but one challenge he indicated is reestablishing air routes to ensure there are enough seats to bring in more corporate groups.