Scattered with the remnants of the Lanna civilisation, historical Chiang Mai also boasts top-class MICE facilities, a welcoming atmosphere, and a cooler climate. 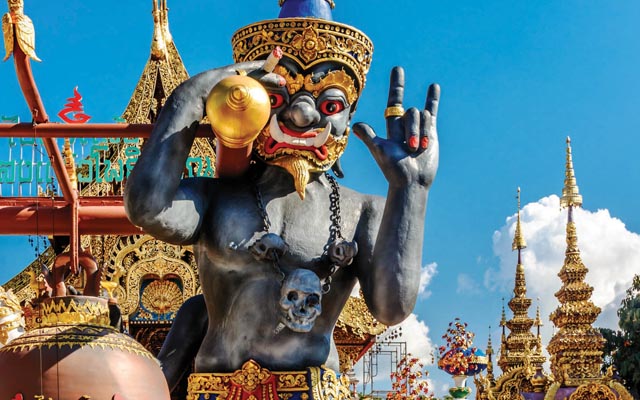 As one of Thailand Convention and Exhibition Bureau’s (TCEB) 10 MICE Cities, Chiang Mai already has the goods for all types of events, but continuously adds and improves on its business events infrastructure of hotels and conference centres.

The situation has become even better with the arrival of two new properties, according to Vorapong Muchaotai, deputy managing director of DMC Event Thailand.

“Meliá Chiang Mai, which opened in June 2022, (offers several meeting options) while The InterContinental Chiang Mai Mae Ping, on target for its launch in 1Q2023, will provide expansive meeting areas suitable for events,” he said.

Vipasiri Napawongdee, cluster director of marketing communications at Meliá Koh Samui & Chiang Mai, revealed that Meliá Chiang Mai’s Yi Peng Grand Ballroom can seat up to 300 guests, which helped in its selection as an official hotel for the Asia-Pacific Economic Cooperation conference (APEC) 2022.

To help event planners improve their sustainability ethos, EcoTouch Meetings by Meliá is a programme that raises awareness about the responsible use of resources. All materials are from recycled sources, such as notebooks, pens, markers, flipcharts and coasters. Glass jars instead of plastic bottles are also used, as well as energy-saving lighting, and the use of computers and audiovisual equipment with low energy ratings, among other initiatives.

Located near to Meliá Chiang Mai and in the heart of the city are more options for event planners, such as the Le Meridien Chiang Mai with 1,741m2 of event space, and the Shangri-La Chiang Mai which boasts an auditorium which can accommodate up to 2,000 guests.

There is also the upcoming 306-key InterContinental Chiang Mai Mae Ping. The property is a complete makeover of the Imperial Mae Ping Hotel, which IHG took over in 2019, and will feature over 3,600m2 of outdoor and indoor convention, event and meeting spaces.

Aside from meeting capabilities, attractions delegates can explore pre- or post-meetings include the Chiang Mai Night Bazaar, Tha Pae Gate and Warorot Market.
These MICE-ready properties, as well as the destination’s ease of air connectivity, help Chiang Mai to capitalise on being a leading destination for international business events.

Vorapong pointed out: “In addition to daily flights to Singapore and Kuala Lumpur by Scoot and Air Asia, there are also charter flights from Incheon by Jeju Air bringing large groups of golfers to Chiang Mai which began in June 2022, on top of the other services.”

Already known as the gateway to northern Thailand, Chiang Mai International Airport is also the fourth busiest in the country.

“However, despite recovering nearly 50 per cent of passenger levels in July 2022 compared to the same time in 2019, the airport is not back to full capacity. Pre-pandemic the majority of arrivals were from China, Hong Kong, Macau and Taipei, whose borders have still not fully opened for travel,” he noted.

Despite the current shortfall in arrivals, there is growing excitement around the proposed construction of a second airport for the region. The new airport is expected to be developed in Lamphun Ban Thi, approximately 25km from the existing Chiang Mai International Airport.

Chiang Mai is no stranger to large-scale events as well. The most auspicious headliner would no doubt be the APEC 2022 sessions. At the end of August 2022, more than 1,000 delegates got together at the Chiang Mai International Convention & Exhibition Centre (CMICE) for the Meeting of Ministers Responsible for Forestry, and Senior Disaster Management Officials Forum.

CMICE was also the host of FTI Expo 2022 (Federation of Thailand Industry), welcoming thousands of delegates from June 29 to July 3, July 2022. The conference was graced by Thai prime minister Prayut Chan-o-cha, who presided over the opening ceremony with a keynote speech.

This year, for the first time, Chiang Mai also hosted the Spartan Race organisation over a weekend in August, which saw more than 3,000 runners from 30 countries compete on a five-kilometre trail strewn with 20 obstacles. It generated over 300 million baht (US$8.3 million) for the city over four days.

Chuta Tharachai, TCEB’s director of the Northern Region Office, is capitalising on the smooth handling of the large-scale event to obtain the rights to organise the Spartan Race World Series, which has a fan base of two million people from 40 countries.

Commenting on the city’s recovery, Vipasiri said: “Chiang Mai is a busy city with a thriving tourism scene and is well-prepared with up-to-date infrastructure for events and conferences. Once Asia and the rest of the world embrace large-group travel and international meetings again, we are more than ready (to welcome them).”